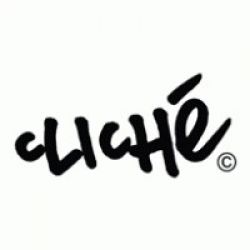 Cliché Skateboards was a skateboard company based in Lyon, France, and distributed by the American company Dwindle Distribution. The company was established in 1997 by French professional skateboarder Jeremie Daclin. In 2001, Cliché was purchased by the France-based Salomon Group which in 2005 became a part of Amer Sports. In 2009, US-based Dwindle Distribution purchased the company from the Salomon Group. In November 2016, Dwindle announced that they would be discontinuing the brand.